by James Howard Kunstler
Things that can’t go on, the prophet Herb Stein once observed, go on until they can’t. Criticality eventually bushwhacks credulity. The aggregation of rackets that American life has become is rolling over like a great groaning wounded leviathan and the rest of the world is starting to freak out at the spectacle. Instead of a revolution, we’re having a suicide party.
But don’t worry, a revolution would not be far behind. My guess is that it would kick off as generational rather than regional or factional, but it would eventually incorporate all three. A generation already swindled by the college loan racket must be chafing at the bureaucratic nightmare that ObamaCare instantly turned into at its roll-out, with a website that wouldn’t let anyone log in. Isn’t technology wonderful? I wonder when the “magic moment” will come when all those unemployed millennials join a Twitter injunction to just stop paying back their loans. If that particular message went out during this month’s government food fight, it would do more than just get the attention of a few politicians. It would crash the banks and snap the links in every chain of obligation holding the fiasco of globalism together.
So far, the millennials have shown about as much political inclination as so many sowbugs under a rotten log, but it is in the nature of criticality that things change real fast. In any case, the older generations have completely disgraced themselves and it is only a question of how cruelly history will treat them in their unseating. The last time things got this bad, the guys in charge divided into two teams with blue and gray uniforms, rode gallantly onto the first fields of battle thinking it was a kind of rousing military theatrical, only to find themselves in a grinding four-year industrial-scale slaughter in which it was not uncommon for 20,000 young men to get shot to pieces in a single day — one day after another.
Of course, things are a bit different now since we became a nation of overfed clowns dedicated to getting something for nothing, but despite the abject futility of American life in its current incarnation, there is room for plenty of violence and destruction. The sad and peculiar angle of the current struggle is that both sides in government wish heartily to keep all the rackets of daily life going — they just disagree on the distribution method of the vig.
What amuses me at the moment is the behavior of the various financial markets and the cockamamie stories circulating to explain what they are doing in this time of perilous uncertainty. One popular story is called “the energy renaissance.” This is a fairy-tale that pretends that we have enough oil at a cheap enough price to keep driving to WalMart forever. Of course, shale oil wells that cost $12million to drill and produce 80 barrels-a-day for three years before crapping out altogether do not bode well for that outcome, but the wish to believe over-rides the reality. Another laughable story du jour is “the manufacturing renaissance.” This story proposes that the “central corridor” of the USA, from North Dakota to Texas, is about to give China a run for its money in manufacturing. The catch is that any new factory opening up in this scenario will be run on robots — leaving who, exactly, to be the customers paying for what these factories produce? Think about it for five minutes and you will understand that it is just a story calculated to goose up a share price here and there, and only for moment until it is discovered to be just a story. What interests me most is what happens when the stories lose their power to levitate the legitimacy of the people who tell them.
Well, Christine LeGarde, chief of the IMF, tried to read the riot act to the American clownigarchs over the weekend, but they’re not paying attention to her. What has she done for her own country, France, lately anyhow. They’ve got their own set of rackets running over there. The Chinese are getting a little prickly, too, since they are sitting on a few trillion in US promises to pay cash money in the not so distant future. The Chinese are beginning to apprehend that future perhaps never arriving.
In case you haven’t heard: America is “in recovery.” We can play all the games we want with money, or what passes for money these days. And then the moment will come when we can’t. That moment begins to feel creepily close.
http://kunstler.com/clusterfuck-nation/creepily-close/
Posted by Don Simmons at 10:41 AM 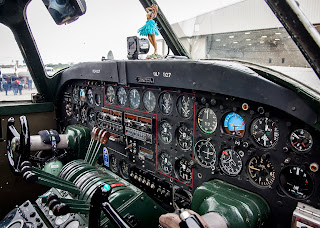