" the precedent has now been set for the future that any central bank (CB) or international agency (IMF) might consider taxing savers to pay the Sovereign debts of their insolvent home country. The “Genie” is now out of the bottle, and it can’t be put back into the bottle…the damage is done. The merits and/or the intent of the plan are not our focus, but there are going to be serious “unintended consequences” as a result, regardless of how the Cyprus situation ultimately concludes." 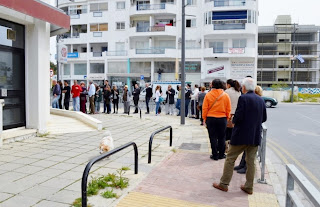