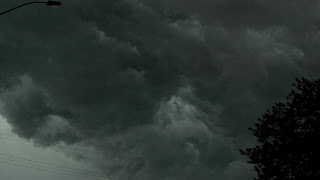 Awesome wall cloud as it passed over McKinney this afternoon!  There have been multiple tornados, mostly to the south of Dallas this afternoon as well...this is day three of serious weather...
Posted by Don Simmons at 3:54 PM

The Banana Peel of Destiny 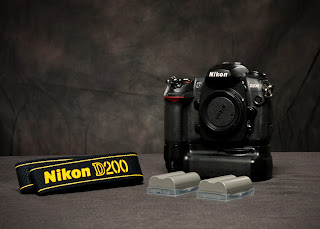 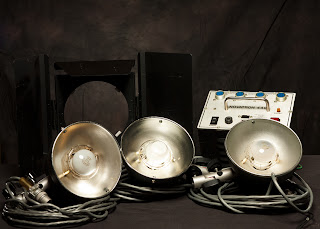 The situation in Texas is pretty dreadful right now, as massive fires continue to sweep across the state. The fires were made possible, at least in part, by a historic drought--every part of Texas is suffering from at least moderate drought conditions, with over 90 percent experiencing severe drought. So that might explain why Governor Rick Perry has called upon Texans to pray for rain for the next three days.
A proclamation issued by Perry's office today reads:
WHEREAS, throughout our history, both as a state and as individuals, Texans have been strengthened, assured and lifted up through prayer; it seems right and fitting that the people of Texas should join together in prayer to humbly seek an end to this devastating drought and these dangerous wildfires;
I, RICK PERRY, Governor of Texas, under the authority vested in me by the Constitution and Statutes of the State of Texas, do hereby proclaim the three-day period from Friday, April 22, 2011, to Sunday, April 24, 2011, as Days of Prayer for Rain in the State of Texas. I urge Texans of all faiths and traditions to offer prayers on that day for the healing of our land, the rebuilding of our communities and the restoration of our normal and robust way of life.
It's worth noting that a few days ago, Perry asked the federal government for help in fighting the wildfires. So it's not like a public call to prayer was his go-to here. Then again, is it the logical next step? The period he's outlining does fall between Good Friday and Easter Sunday--so it seems like if a miracle is going to take place, that would be the time for it. That may not offer solace to those troubled by the movement along the church/state line, though. We hope that rain and relief do come to Texas, however it happens.

Texas is burning from border to border 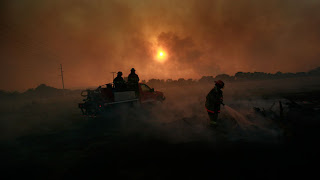 Wildfires, raging for more than a week in Texas, have so far burned through a million acres of land and racked up more than $8million in containment costs.
Firefighters continue to battle some 22 separate blazes throughout the state, with some dangerously close to the Oklahoma border. Homes have been gutted, animals killed and hundreds of residents have been forced to leave their homes because of the advancing flames.
One of the wildfires in PK West, Stephens County, increased in size by a staggering 87,238 acres in just 24 hours -  a 144 per cent increase.
Even prisons have been emptied in some towns. The drought-stricken state, that experienced its driest March on record, is desperately hoping for the rain that has been forecast in the coming days.
http://www.dailymail.co.uk/news/article-1378816/Texas-wildfires-Million-acres-scorched-towns-red-alert.html
Posted by Don Simmons at 8:32 PM

Gaming Our Own Asses

Don't forget that this weekend is the annual Art Walk in downtown McKinney... 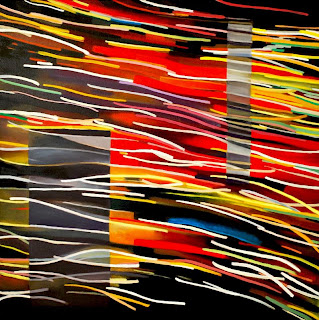 
April 9th will be a big day and night of art in McKinney.  Laura Moore Fine Art Studios will feature over 20 artists on site in an outdoor art gallery on South Tennessee for the Annual All-Day ArtWalk in McKinney from 10am to 6pm.  Alison Jardine's latest oil on canvas series - Intermittent Light opens with an artist's reception on Saturday, April 9th from 7pm to 10pm.
This year promises to be bigger than last year so you won't want to miss it!
Posted by Don Simmons at 12:33 PM 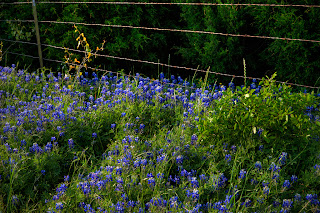 Its that time of the year again ♥♥...we spotted some Bluebonnets along the side of the road on way to Carpenter's Bluff Bridge last weekend...get out and enjoy them while you can... 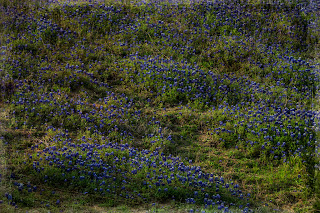 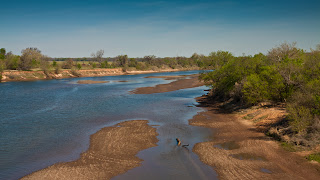 The mighty Red River winding its way thru Grayson County this AM...
Posted by Don Simmons at 6:42 PM